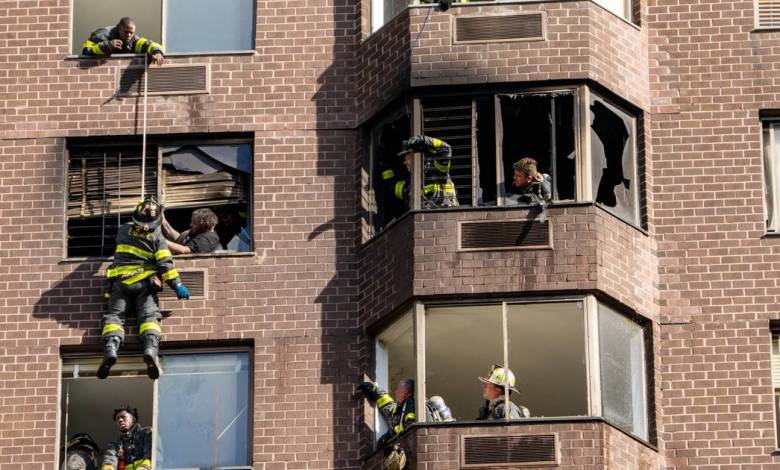 A woman has been seen dangling from an apartment window in Manhattan, New York as a fire tore through the building.
A video shot from across the street of the high-rise shows a woman dangling outside a window as dark smoke pours out of the building.
The video shows a firefighter using a rope to scale down the building to help the woman, who survived the ordeal.
At least 38 people were injured in the building fire Saturday morning, which authorities believe was caused by a lithium-ion battery connected to a micromobility device.
Of the injuries, two were critical, five were serious and the rest minor, Fire Commissioner Laura Kavanagh said in a news conference.
Officials did not release any further details about those injured.
Authorities received calls about fire and smoke at the building on East 52nd Street shortly before 10:30 am local time, the commissioner said.
The address officials gave corresponds to a 37-story apartment building known as the Rivercourt in Manhattan’s Midtown East neighborhood, with 292 apartments, according to the building’s website.