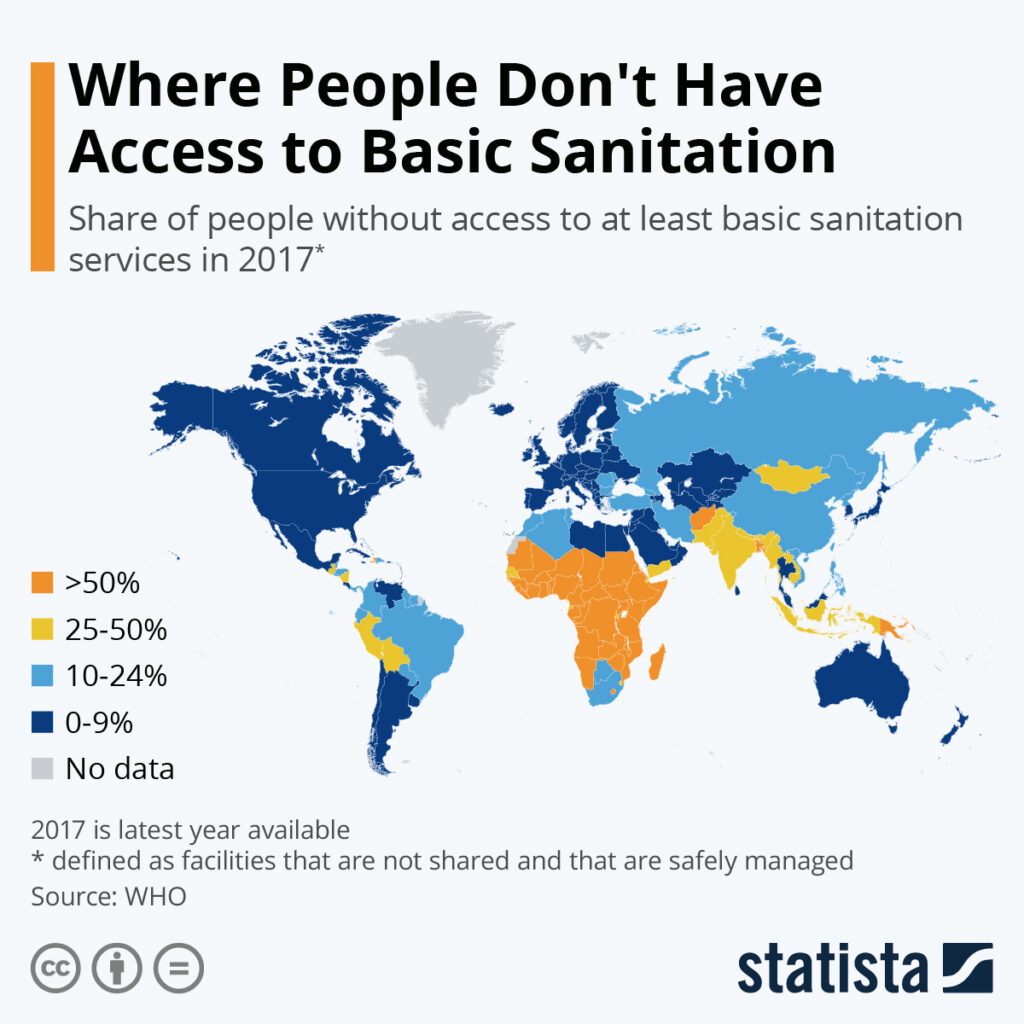 Around the world, access to basic sanitation is improving, but there are still many countries where more than half of the population does not have access to a safely managed toilet in their own home. In 2017, the latest year available, most of these countries were located in Africa. Chad and Ethiopia reported the lowest rates with less than 10 percent of the population having access to basic sanitation. Progress in Africa on the matter has been less than uniform, with North African and some Southern African nations now reaching satisfactory levels while most of the continent is still far from it.

On other continents, the only countries where more than half of inhabitants do not have access to private bathrooms and safe sewage or disposal systems are Haiti, Afghanistan, Bangladesh and Papua-New Guinea. On today’s World Toilet Day, the WHO remarks that the world is not on track to reach its goal to make basic sanitation available to all people by 2030. In 2020, more than half the world’s population still lacked it despite the known adverse effects on health.