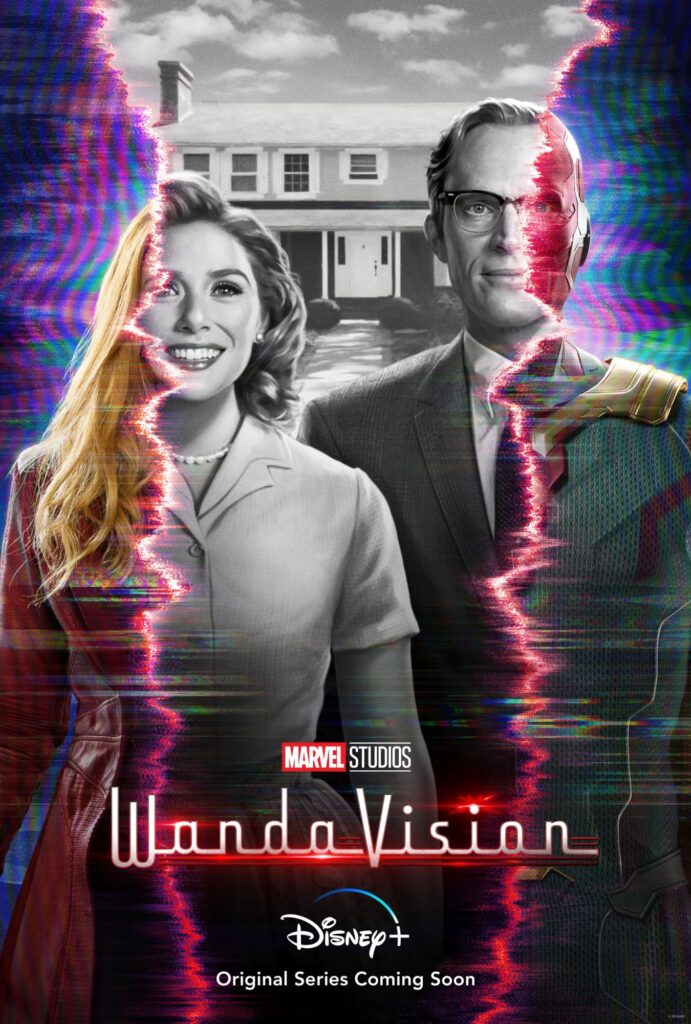 These are expertly produced and beautifully performed twists on TV history, and Olsen and Bettany commit hard to the cheesy comedy.

No matter how much people claim “WandaVision” is like nothing the company has done before, for better or worse, it’s more of the same.

The ever so slightly gnawing tedium of WandaVision suggests that Marvel’s reach has not yet become so total that it can plug its characters into literally anything… But, the show is a good enough that it ought to be a big hit.

After seeing the first three episodes, I think WandaVision is a show whose early going is going to seem better in hindsight, once it has some time to unspool. The foundation the show is clearly working toward in the first three installments really comes to life in episode three — the oddities, the central mystery, and the very suspicious supporting characters all start to come together.

Some inspired moments start to lose their effectiveness because there’s less story than there is time to fill. But a new regime brings with it a greater chance that the payoff will justify the patience.

But the question remains: What do we learn about Wanda and Vision by recreating the aspect ratios, costume design, and special effects of the past? What is the benefit of placing them in the suburbia of yesteryears, and what singular insights are really provided from these times and this place? “WandaVision” doesn’t explain why its titular characters would retreat into this nostalgia, and without that core knowledge, its recreations feel increasingly hollow.

When “WandaVision” leans into this uncanny-valley side of itself, it works much better than it does when it’s just going through the sitcom motions others have done better before.

WandaVision may not be weirder than Guardians of the Galaxy, which still has a talking raccoon and an adolescent sapling, but there’s something creatively courageous about handing a postmodern exploration of sitcom conventions to an audience expecting snazzy suits and explosions. Expect a merited mixture of confusion and TV-nerd joy from viewers in response to a show that has picked a distinctive lane and commits to it.

WandaVision is a slow burn aimed at its central premise. But at roughly 25 minutes an entry, it’s more than survivable for anyone who isn’t initially on board. By the end of the third episode, the overarching mysteries begin pushing toward the center and you get the feeling that WandaVision is indeed building to a more expected Marvel climax over the final six installments.

With two episodes that are fun sitcom parodies and a third that ends as a vaguely horror-flavored take on a Marvel movie, WandaVision has the makings of what could be a riveting entry in the MCU canon. After all, where does a TV show go when it has already been madcap black-and-white sitcom, a slightly saucier high-concept comedy, and a super-powered mystery with possibly enormous repercussions for the wider universe?

It’s great TV on its own merits. But for those who relish these stories but always want them to reach further, WandaVision is a true triumph

WandaVision” blurs the lines between TV show, overlong film and corporate cheerleader: It has the responsibility to bridge the gap to the mainstream films and kick off a long run of Marvel projects for Disney+ as part of Disney’s overall march toward a streaming-first future.  It feels simultaneously wildly experimental and weighed down by its high concept. But one thing is certain after viewing three episodes made available for review: More are needed to figure out what “WandaVision” actually is.