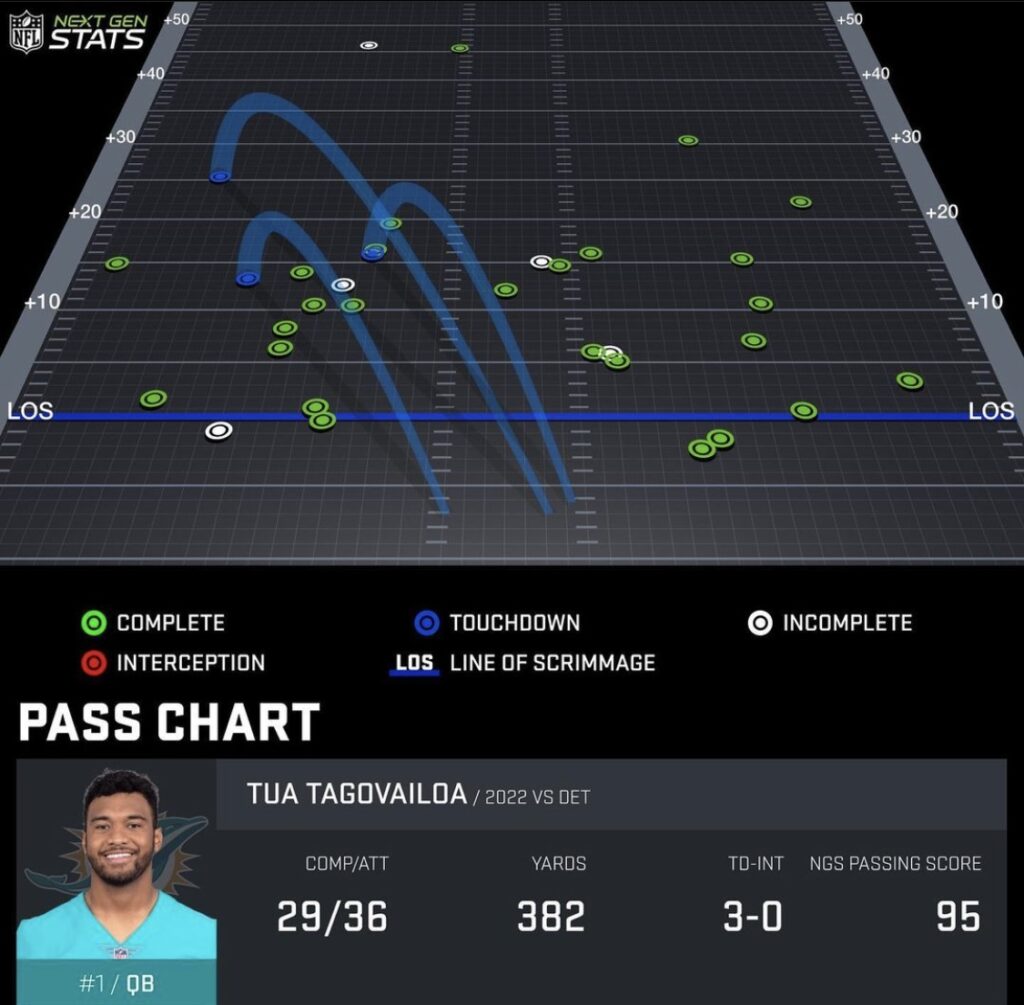 Tagovailoa completed 29 of 36 passes for 382 yards with three touchdowns and no interceptions while adding 19 yards on five rushes in the Dolphins’ 31-27 win over the Lions.

Tagovailoa opened the game hot and rarely let up, taking advantage of the highly porous Lions defense to help claw Miami back from an early 14-0 deficit. The third-year pro hit Jaylen Waddle with touchdown passes of five and 29 yards in the first and second quarters, respectively, and he capped off the scoring late in the third quarter with an 11-yard strike to Mike Gesicki. Meanwhile, although he didn’t have any end-zone connections with Tyreek Hill, he targeted the perennial Pro Bowler a team-high 14 times, connecting with him on 12 of those occasions for 188 yards. Sunday’s stellar effort, despite the caliber of competition, served as a tangible reminder of Tagovailoa’s outstanding chemistry with his two top receivers and command of head coach Mike McDaniel’s offense. With his first 300-yard-plus/multi-touchdown tally since Week 2, Tagovailoa heads into a Week 9 road matchup against the Bears with an abundance of momentum.