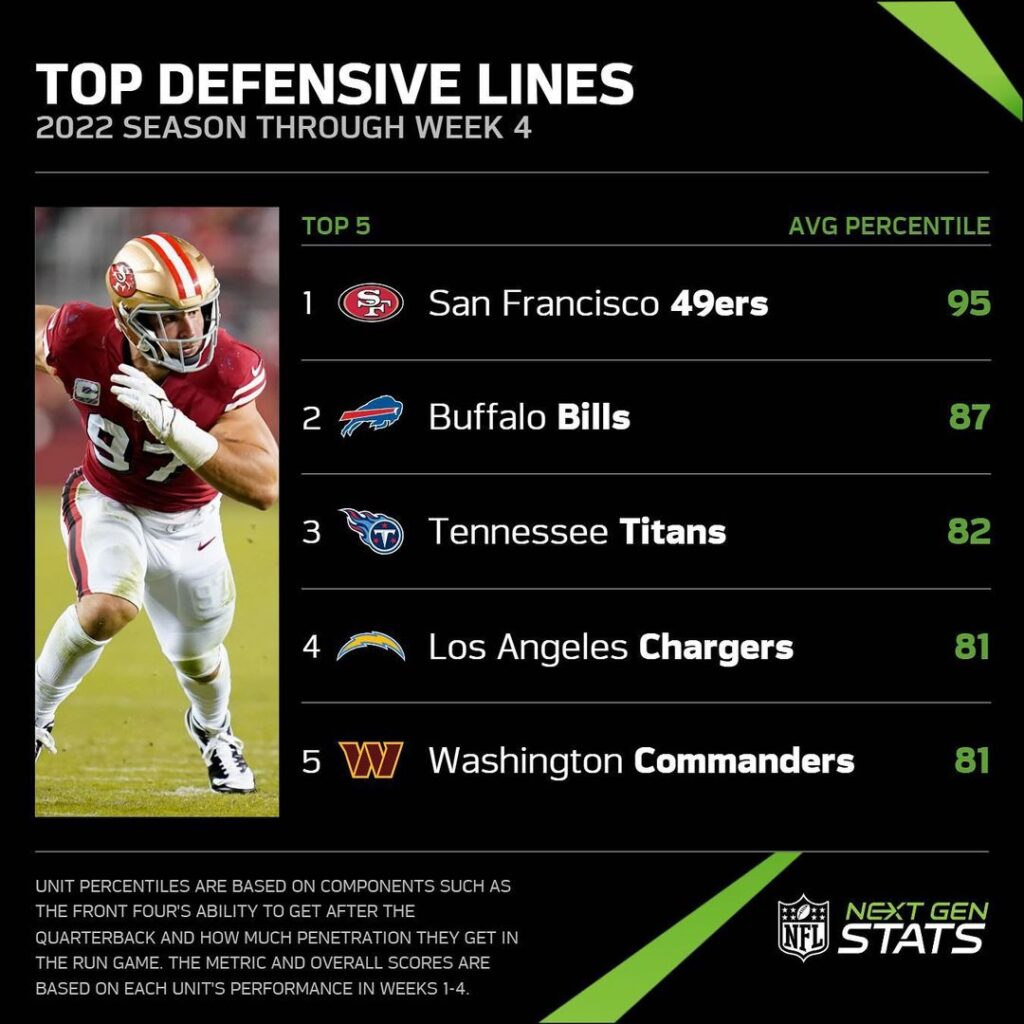 This iteration of San Francisco’s defense has playmakers at every level of the field, but the foundation is built in the trenches. The 49ers’ defensive line is a brick wall against the run, allowing just 0.3 yards before contact on average (second-lowest in the NFL, trailing only Indianapolis). The defensive front is loaded with talent, allowing the Niners to play sound zone coverage without sacrificing their ability to get after the QB (SEE: league-high 35.0 percent pressure rate on four-man rushes). It certainly helps having the NFL pressure (22) and sack (6) leader in Nick Bosa too.

Buffalo’s depth along the defensive front is a testament to the organization’s roster construction and player development. For the second straight season, the Bills have at least eight defensive-front players logging between 20 and 60 percent of defensive snaps. This rotation helps keep their pass rushers’ legs fresh, an approach which has unleashed veteran offseason addition Von Miller . The future Hall of Famer has generated 18 pressures this season (tied for second-most in the NFL), despite having just 78 pass rushes (tied for 94th).

After Tennessee lost star edge defender Harold Landry to a season-ending injury prior to Week 1, expectations were certainly tempered for the Titans’ defensive front. But Jeffery Simmons and Denico Autry have picked up the slack, generating 13 pressures apiece so far this season. Tennessee’s front has been especially successful in getting after quarterbacks before they are able to go through their progressions, with 15 pressures within three seconds of the snap on non-blitzes this season (tied for second-most in NFL).