Thousands of dolphins die in Black Sea, collateral victims of war in Ukraine 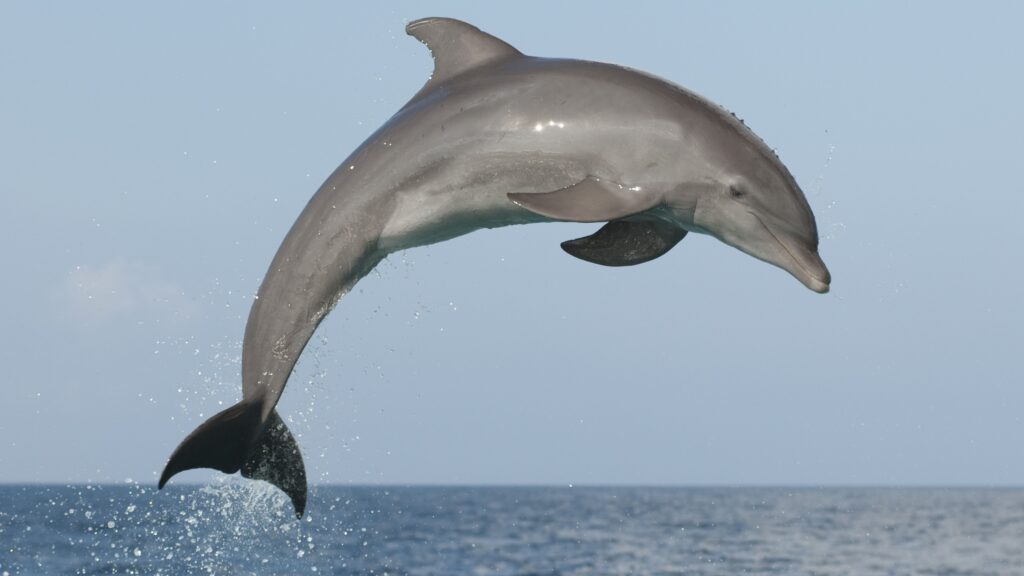 Ukrainian biologists have warned that dolphins in the Black Sea are dying at an alarming rate due to deadly noise pollution caused by Russian warships and submarines.

The conflict in Ukraine hasn’t just caused loss of human life, military activity has had a profound impact on the Black Sea’s dolphin population too.

Prior to the war, a comprehensive survey of the Black Sea’s population of cetaceans found there were at least 253,000 dolphins in the Black Sea and populations had “not deteriorated over the past 20 years”.

But Ivan Rusev, head of research at Ukraine’s Tuzly Lagoons National Nature Park, says the numbers of dolphins has fallen by at least 5,000 since Russia’s invasion of Ukraine on 24 February this year.

He claims the military sonar used by Russian warships is damaging the dolphins’ hearing, and interferring with their use of echolocation – which they rely on to hunt, navigate and avoid predators.

“When the Russians use the sonar of their submarines or surface vessels, it perturbs the dolphins’ inner ear and their capacities to move around,” Rusev told RFI.

The loss of echolocation effectively deprives dolphins of their sight, making them particularly vulnerable.

“They become completely disorientated, losing their landmarks. They crash into rocks and can no longer look for food. Dolphins that can no longer feed themselves lose weight very quickly.”

Ukraine’s Black Sea coast has seen some of the conflict’s heaviest fighting.

Russian forces captured Snake Island on 24 February, the first day of the invasion.

Ukraine retook the island earlier this month, and its forces say they are preparing for more counterattacks in the region.

Bombing and underwater explosions linked to the conflict are also causing the dolphins great suffering.

More than a hundred dolphins were found dead near to beaches between the town of Odessa and the Danube Delta – an area representing just 2-3 percent of Ukraine’s Black Sea coastline.

“It’s a huge tragedy,” Rusev says. “People must realise that the death of dolphins in the Black Sea signals the death of its ecosystem.

“It’s an environmental tragedy. Dolphins, the world’s most intelligent animals are dying because of war.”

The numbers of dead dolphins is likely an under-estimation, he says, because he and his team were able to survey “only 3-5 percent of the Ukrainian coastline”.

Environmental scientists from Turkey, Bulgaria and Romania have also reported a significant increase in the number of dead dolphins washed ashore.

The Turkish Marine Research Foundation (Tudav) reported that at least 80 dead dolphins have been found in the western part of the Black Sea since May.