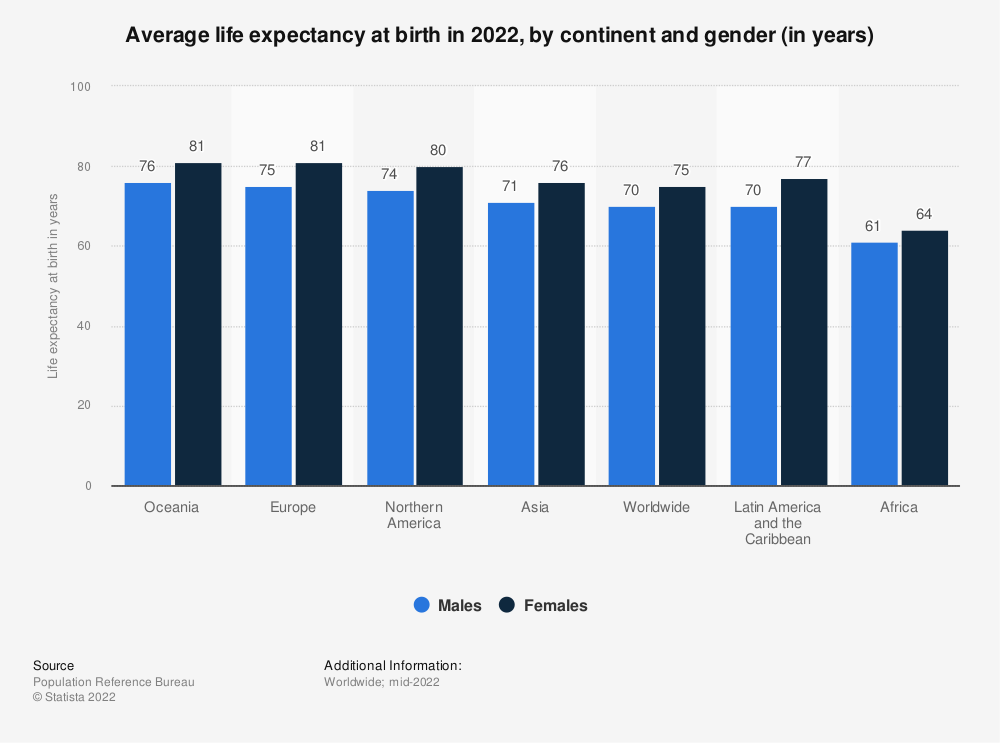 According to the most recent issue of the United Nation’s World Population Prospects 2022, an in-depth report including censuses and projections regarding fertility, mortality and other demographic components, the global population passed the eight billion mark on November 15. Since it’s impossible to pinpoint an exact date, the United Nations chose the middle of the current month for their estimate. With the milestone of 10 billion possibly being reached in 2054, our latest Racing Bar looks at the evolution of the estimated life expectancy at birth around the world up until the year 2100.