The Rise Of Global Billionaire Companies 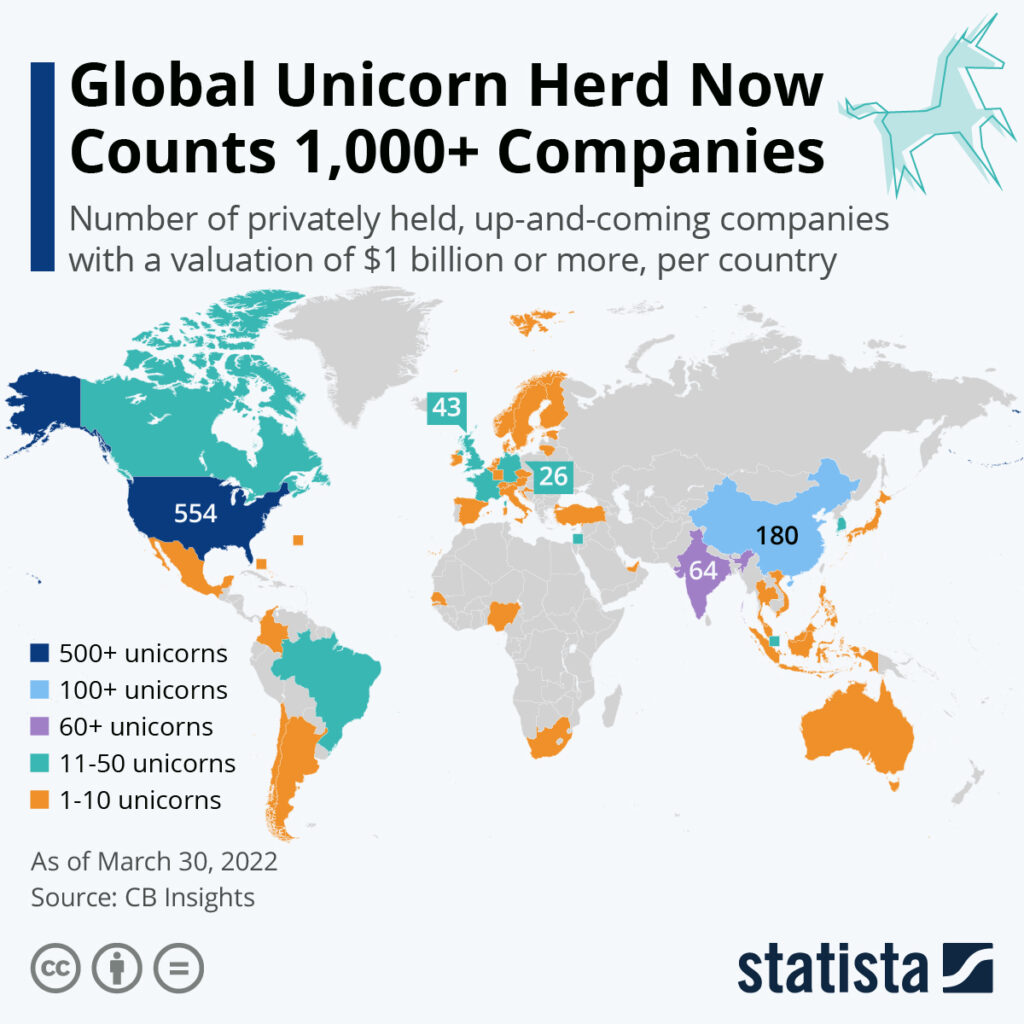 There are big companies and then there are the near-mythical unicorn companies, privately owned companies that reached a market value of over $1 billion USD through either private or public investment. Both the term and the definition of a “unicorn” were coined in 2013, mainly to indicate the rarity of companies that breached this barrier.

Seven years later, over 600 companies worldwide managed to join this exclusive club. Roughly 500 of these unicorns in early 2020 originated from either North America or APAC, a number that was significantly higher than those found in other regions of the world. As a unicorn is privately owned, however, this leads to two issues when looking into this topic. First, exact data can be difficult to find as the unicorns do not have to share them. Second, this excludes companies that went public or were acquired.

No company reaches unicorn status without outside help, which typically comes in the form of equity funding. This form of financing allows companies to raise capital through the sale of equity or preferred equity in their company to external investors. Unicorns based in Asia Pacific and North America received the lion’s share of funding given to unicorns worldwide. Certain industries also tend to attract more equity funding than others.

The end game for any investor is to see a return on investment (ROI), and the world of funding unicorns is no different. With unicorns being valued so highly, the dream is to see the highest valuation change from the point of funding to the point of exit. For unicorns to de-horn and join the rest of the herd there are two strategies. The first, and by far the most popular, route is through Initial Public Offerings (IPOs). The other way that a billion dollar plus company can exit the unicorn club is through being acquired by another company. It is safe to assume, as the number of unicorns has risen over time, so has the number of exits.