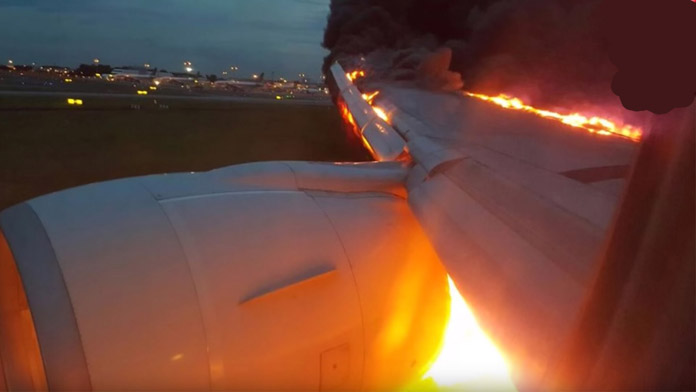 Video shows a plane’s engine bursting into flames after terrified passengers had to evacuate seconds before they were set to take off. Horrifying footage shows a big orange ball of fire engulfing part of the plane under the right wing. It started off as sparks shooting out of the engine before the fire started to grow. Scared passengers can be heard saying, “oh s**t” as they watch the flames multiply on Friday night (Oct 28). In the background, a cabin crew member is requesting passengers to “please remain seated”. There were at least 180 people on board the plane but luckily no injuries were reported. The plane was grounded after the flames engulfed the right engine and fliers were evacuated around 9:45pm.