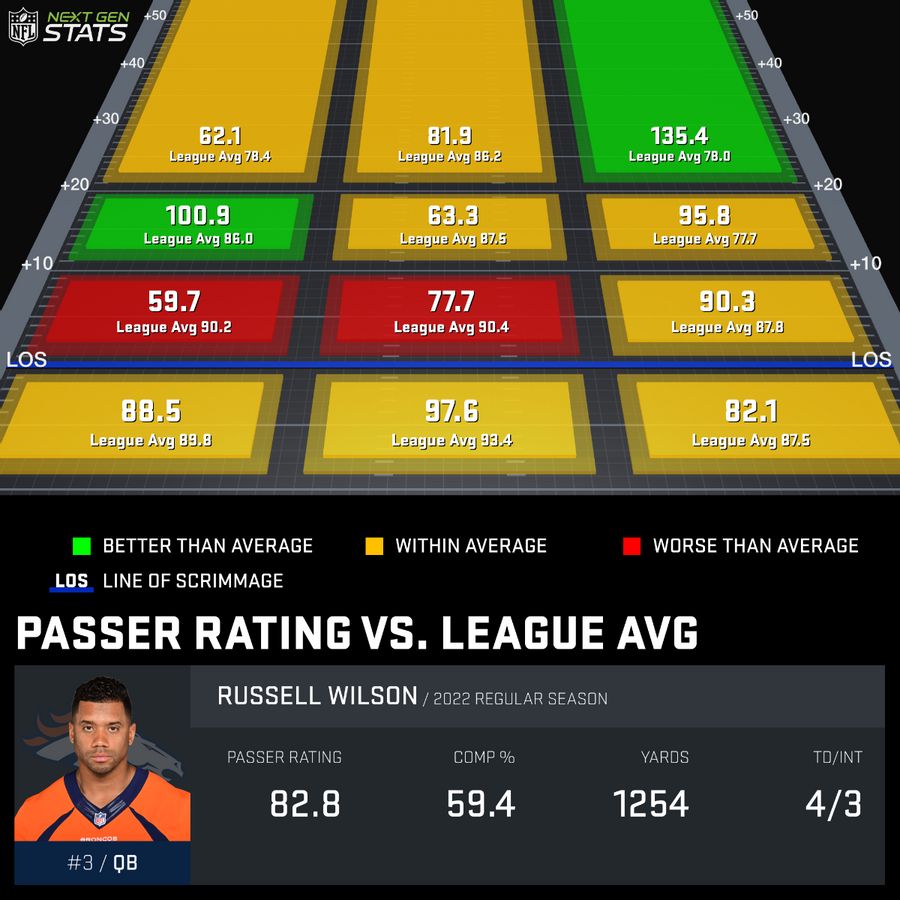 Wilson is a nine-time Pro Bowler and the winningest quarterback in NFL history through his first 10 years (113 victories entering 2022). But his 10-year reign happened in another city.

If Wilson plays well and the Broncos upset the Chargers on Monday night, much of the air will be relieved from this pressurized thunderhead that has followed this team around the past couple of weeks. An authoritative win with a signature Wilson performance would assuage a lot of concerns, not just in the Mile High City, but in the NFL world at large.