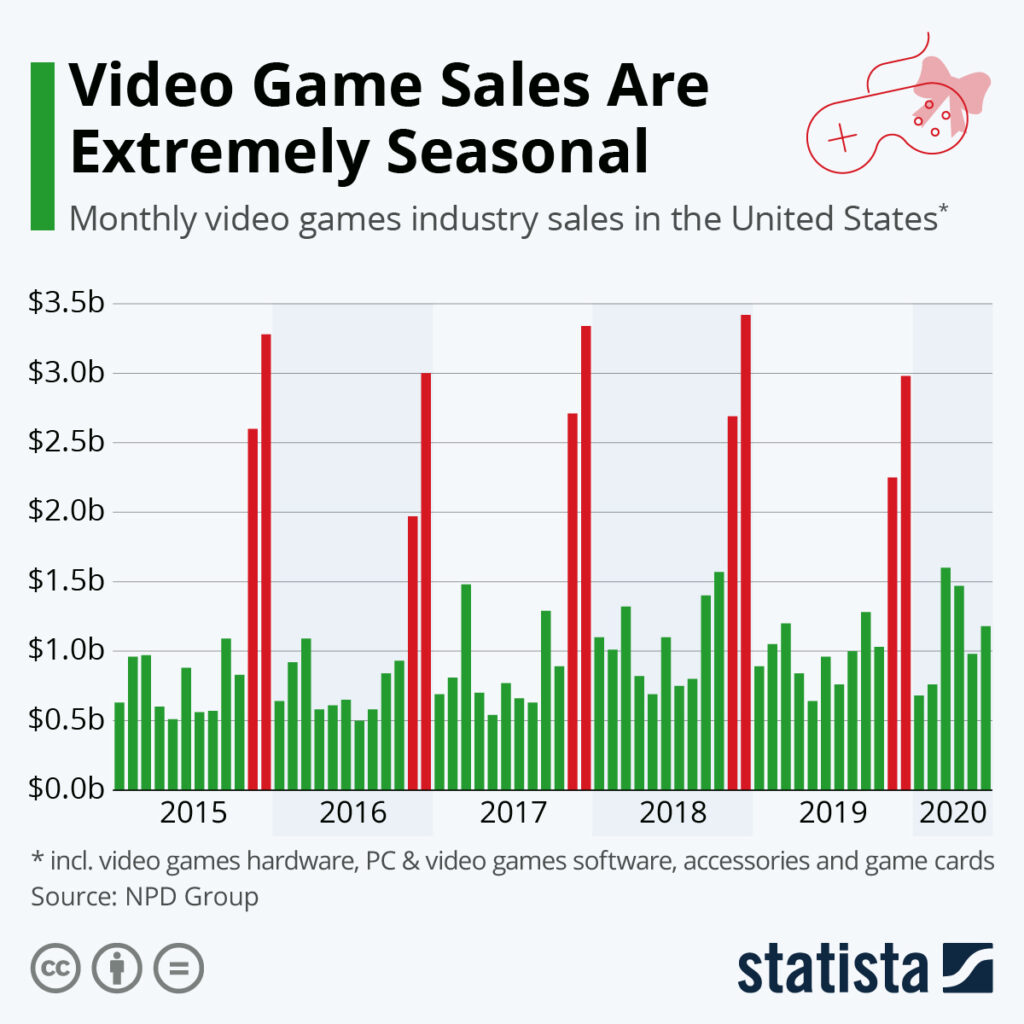 As millions of Americans are kicking off their holiday shopping season this weekend, Black Friday and Cyber Monday deals involving video game hard- and software will certainly be among the most sought-after bargains once again this year.

And while year-to-date video game sales are up significantly compared to previous years, thanks to a spending boost caused by the COVID-19 pandemic, the holiday season with a new generation of consoles will probably be the icing on the cake for the gaming industry.

As the following chart shows, video game sales are extremely seasonal. According to the NPD Group, video game spending usually peaks in November and December (indicated in red), with monthly sales that are often more than three times as high as they are during the rest of the year.