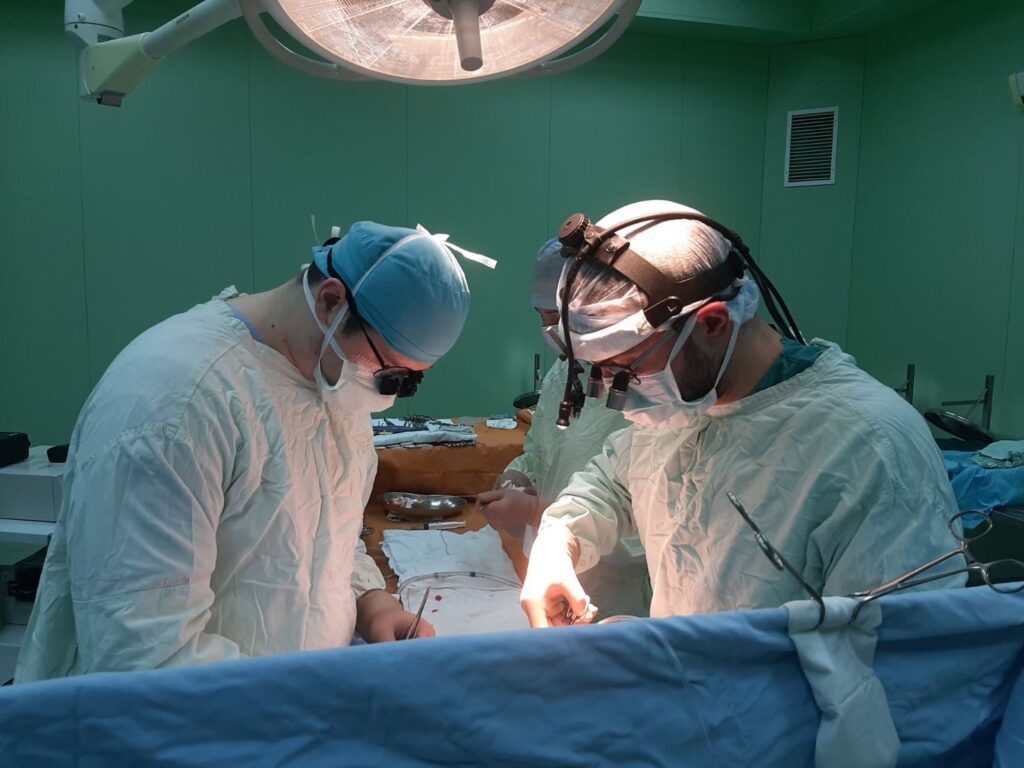 Medics at a hospital in the Ukrainian capital have carried out a cardiac operation on a child despite the city’s blackouts.

Russian missile strikes targeted critical civilian infrastructure across the country on Wednesday, leaving large areas without power. According to Borys Todurov, the surgeon who filmed the operation, it was already under way when the electricity supply was suddenly cut. ‘This is how we perform heart surgery today,’ he said.