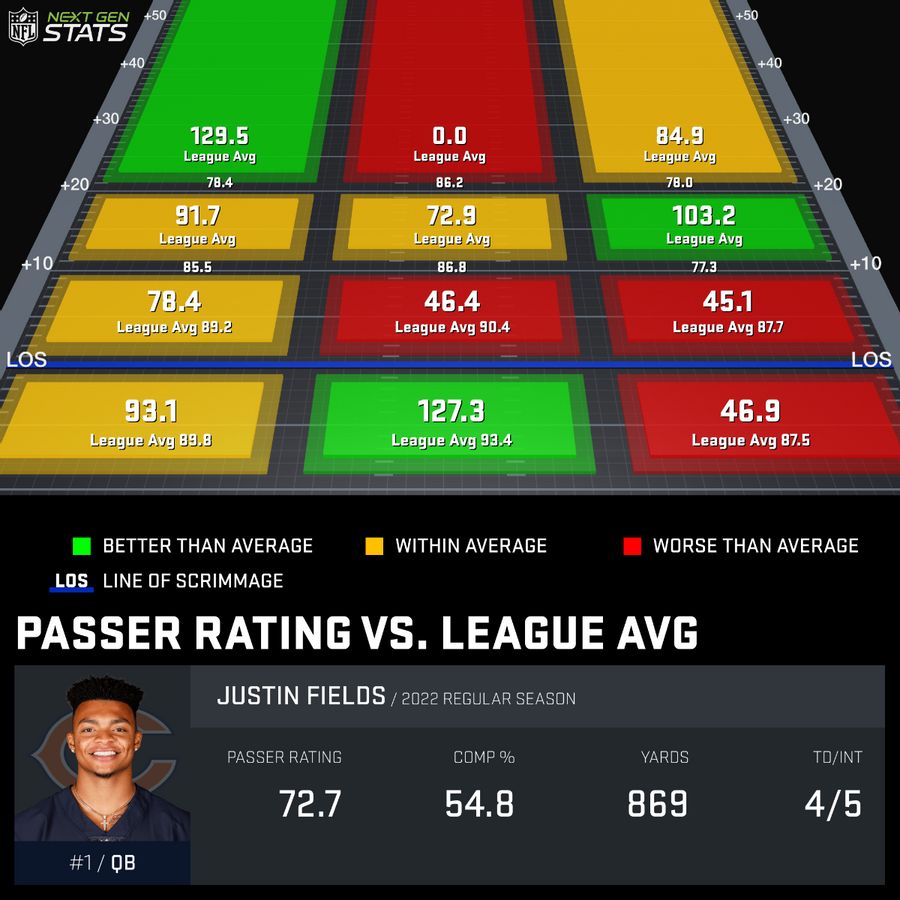 The Chicago Bears have had a chance for an extended self-scout as a result of 11 days separating their last game from their road contest Monday against the New England Patriots (ESPN, 8:15 p.m. ET), but it’s doubtful they needed much time to identify their problems.

The storyline of their 2-4 start has been the struggles of second-year quarterback Justin Fields and the passing game.

Fields has been pressured on 46% of his dropbacks, the highest rate a quarterback has faced in the first six games of a season since ESPN began tracking the stat in 2009. He has also been sacked 23 times, tied for the most in the league.