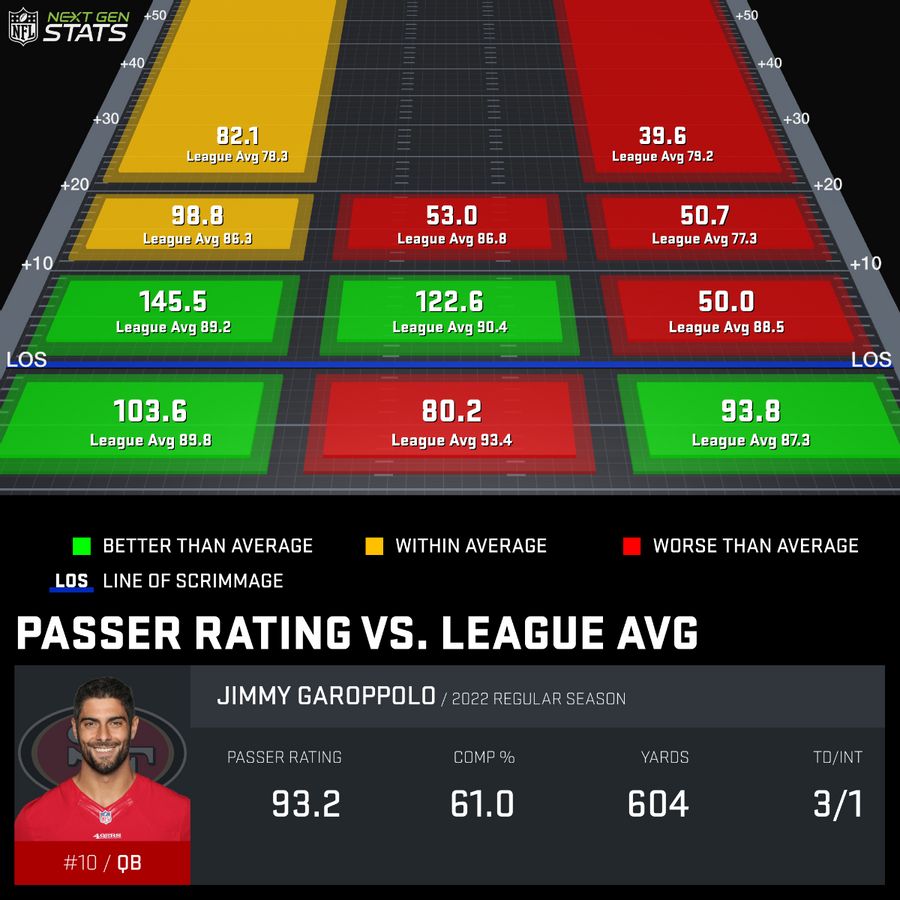 Garoppolo has never lost a regular-season meeting against the rival Rams in seven tries, the latest being Monday night’s 24-9 victory at Levi’s Stadium.

That perfect 7-0 regular-season record — which does not include the 49ers‘ 20-17 loss to the Rams in last year’s NFC Championship Game — puts Garoppolo in impressive company.

He’s tied with Tom Brady‘s dominance of the Dallas Cowboys for the third-best regular-season record (7-0) among active quarterbacks against a single opponent.

Only Brady’s perfect history against the Atlanta Falcons and Patrick Mahomes‘ nine victories over the Denver Broncos ranks ahead of Garoppolo taking down the Rams.