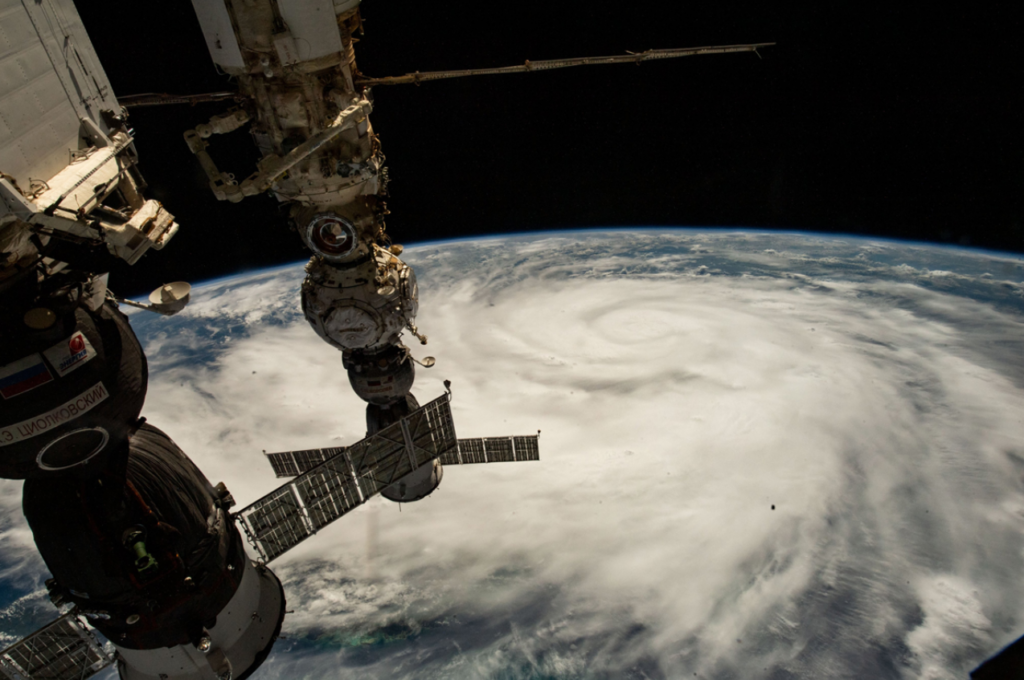 Hurricane Ian made landfall on the Gulf Coast of Florida as a dangerous Category 4 storm on Wednesday as NASA watched live from orbit.

“Hurricane Ian has made landfall as an extremely dangerous hurricane near Cayo Costa, Florida with maximum sustained winds at 150 mph,” NHC officials wrote(opens in new tab) in an update on Twitter at 3:05 p.m. EDT (1905 GMT).

NASA went live with its views of Hurricane Ian from the space station just minutes before the NHC report. The video stream showed glimpses of the hurricane from an altitude of about 250 miles (400 kilometers) as the station soared by at 17,500 mph (28,000 kph).

In the days before Hurricane Ian’s landfall, Florida state officials ordered evacuations for residents along coastal areas in the storm’s path. NASA also postponed plans to launch its Artemis 1 mission to the moon on the first Space Launch System rocket, opting instead to move the massive, 322-foot-tall (98 meters) rocket into the shelter of its hangar at the Kennedy Space Center in Cape Canaveral, Florida.

NASA and SpaceX also delayed the launch of a new crew to the International Space Station on a SpaceX Falcon 9 rocket and Dragon spacecraft. That mission, which will carry two American astronauts, a Japanese astronaut and a Russian cosmonaut, is now scheduled to lift off from Pad 39A at the Kennedy Space Center no earlier than Oct. 4, a one-day slip.

A limited “ride-out” crew is staffing the Kennedy Space Center to ensure the safety of NASA’s spacecraft hardware and systems. At the nearby Cape Canaveral Space Force Station, the U.S. Space Force also took precautions to safeguard the station for the arrival of Hurricane Ian, which should reach the two spaceports by Thursday.

“As Hurricane Ian intensifies and folks prepare for its impact, I’m thinking of our NASA workforce and families in Florida, especially those on the NASA Kennedy ride-out team,” NASA chief Bill Nelson wrote on Twitter(opens in new tab) Wednesday afternoon. “Thank you for your dedication. Know that NASA will do everything to ensure your safety and wellbeing.”