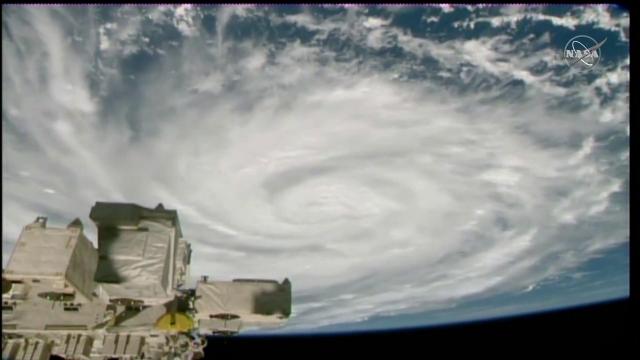 Ian regained hurricane strength as it barreled toward South Carolina, where it was expected to make landfall Friday afternoon.

President Biden declared an emergency in South Carolina ahead of Ian’s arrival in the state, authorizing federal management of disaster relief.

The storm was poised to sweep over eastern South Carolina before moving up into North Carolina Friday night. Forecasters said Ian would dissipate by Saturday night near the border of North Carolina and Virginia.

In Florida, recovery efforts were under way after the storm slammed into the southwest coast Wednesday and crossed the peninsula, inundating central parts of the state.

Florida Gov. Ron DeSantis said officials were assessing damage that will take years to repair, calling Ian “a 500-year flood event.” The storm was one of the most powerful on record to hit the U.S.

Deaths: It wasn’t clear how many fatalities Ian had caused in Florida, with assistance slow to reach hard-hit communities and many roadways flooded or blocked. At least one death has been reported: A 72-year-old man in Deltona, Fla., drowned after he went outside to try to drain his pool, authorities said. Officials feared the death toll would climb significantly.

Floods: Heavy rainfall deluged communities in central and eastern Florida on Wednesday and Thursday. Flash floods were reported across the region, including in Orlando and Daytona Beach. An official in Seminole County, northeast of Orlando, described “unprecedented, historic flooding.”

Storm Surge: The National Hurricane Center said a storm surge of 12 to 18 feet and destructive waves struck the southwest Florida coast, from Englewood to Bonita Beach. A section of the causeway leading to Sanibel island collapsed, and officials in Naples said half its roads weren’t passable.

Power: More than 2 million people still had no power on Friday morning, according to the tracking site poweroutage.us. Utilities struggled to restore power as trees blocked access to infrastructure. Gov. DeSantis said two of the hardest-hit counties, Lee and Charlotte, were off the grid.