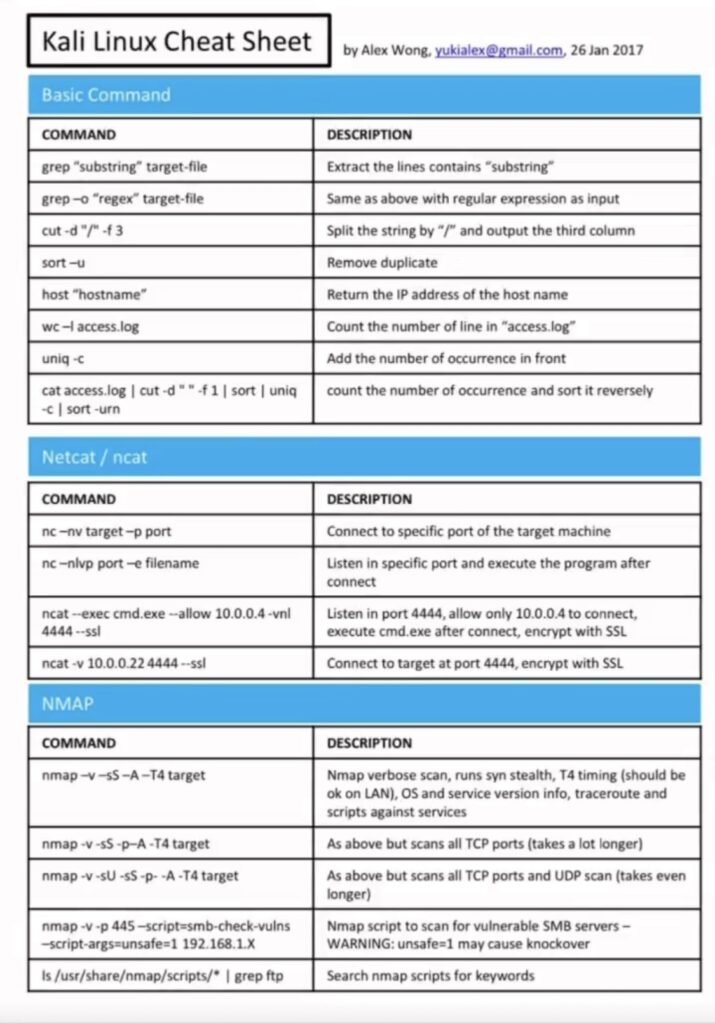 What is Kali Linux?

Kali Linux is a security distribution of Linux derived from Debian and specifically designed for computer forensics and advanced penetration testing. It was developed through rewriting of BackTrack by Mati Aharoni and Devon Kearns of Offensive Security. Kali Linux contains several hundred tools that are well-designed towards various information security tasks, such as penetration testing, security research, computer forensics and reverse engineering.

BackTrack was their previous information security Operating System. The first iteration of Kali Linux was Kali 1.0.0 was introduced in March 2013. Offensive Security currently funds and supports Kalin Linux. If you were to visit Kali’s website today (www.kali.org), you would see a large banner stating, “Our Most Advanced Penetration Testing Distribution, Ever.” A very bold statement that ironically has yet to be disproven.

Kali Linux has over 600 preinstalled penetration-testing applications to discover. Each program with its unique flexibility and use case. Kali Linux does excellent job separating these useful utilities into the following categories: