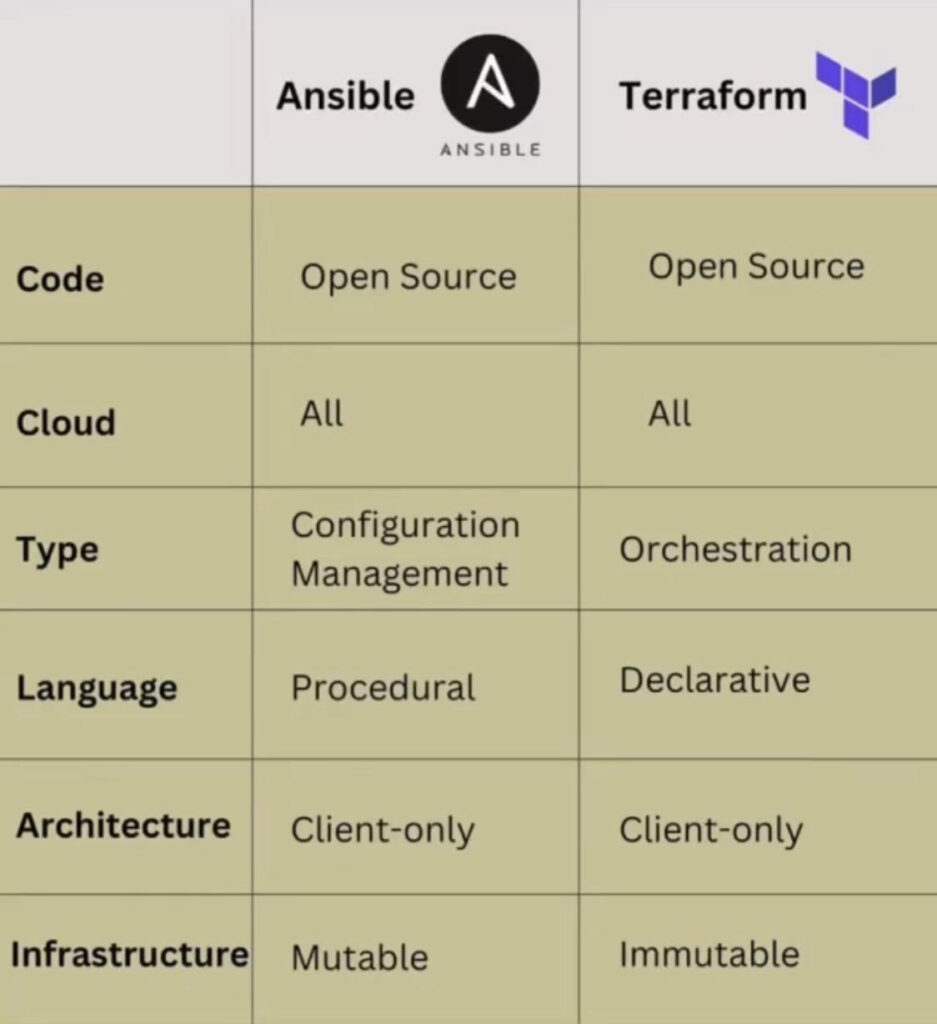 Terraform and Ansible are both tools that are often used for infrastructure as code (IAC). They can both be used to automate the process of provisioning and managing infrastructure, making it easier to deploy and manage systems in a consistent, repeatable manner.

Terraform is a tool for building, changing, and versioning infrastructure safely and efficiently. It can be used to manage infrastructure for a variety of cloud providers, such as AWS, Azure, and Google Cloud, as well as on-premises infrastructure. Terraform uses a declarative configuration language, which allows users to describe the desired end state of their infrastructure, and Terraform will automatically determine the steps needed to reach that state.

Ansible is an open-source software platform for automating and configuring systems. It can be used to manage infrastructure for a variety of cloud providers, as well as on-premises infrastructure. Ansible uses a simple, human-readable language called YAML to describe the desired state of systems, and then executes the necessary tasks to bring those systems into the desired state.

Both Terraform and Ansible can be used to automate the provisioning and management of infrastructure. However, they differ in their approaches and the types of tasks they are best suited for.