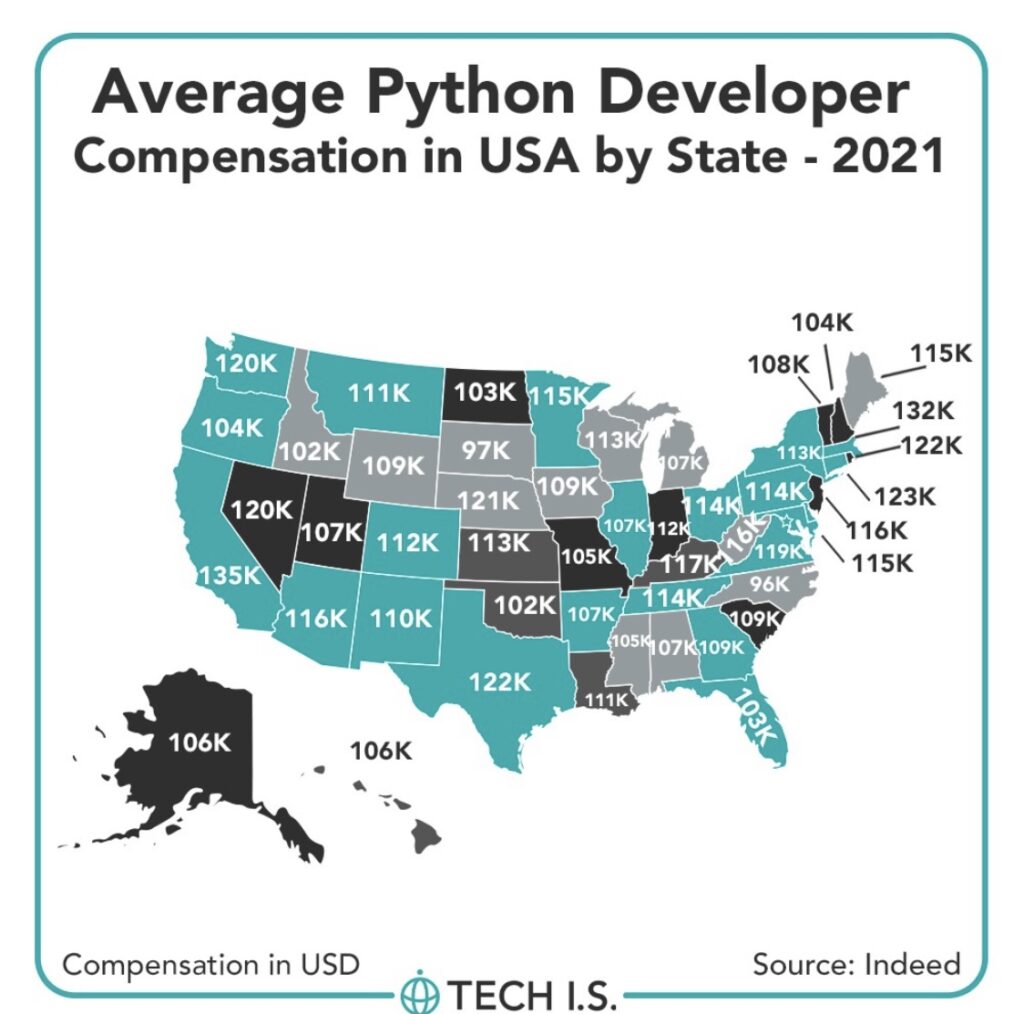 Python is now the 2nd most popular programming language which makes Python programming salary a hot topic for discussion.

Programmers learn and code in Python because it’s got a steep learning curve, it’s in demand and a well-paid skill to have.

The growing popularity of AI, ML, and DA technologies raise the demand for Python programmers and fuel the discussion of the Python developer salary in the US and around the globe.

As it appears, Python programmers in leading tech nations get considerably higher salaries compared to those in nearshore and offshore tech centers.

What does Python Developer Do?

Python Developer Salary According to Indeed

Python Developer Salary in the US | 2021