Animated Map of All Active Fires In 2020 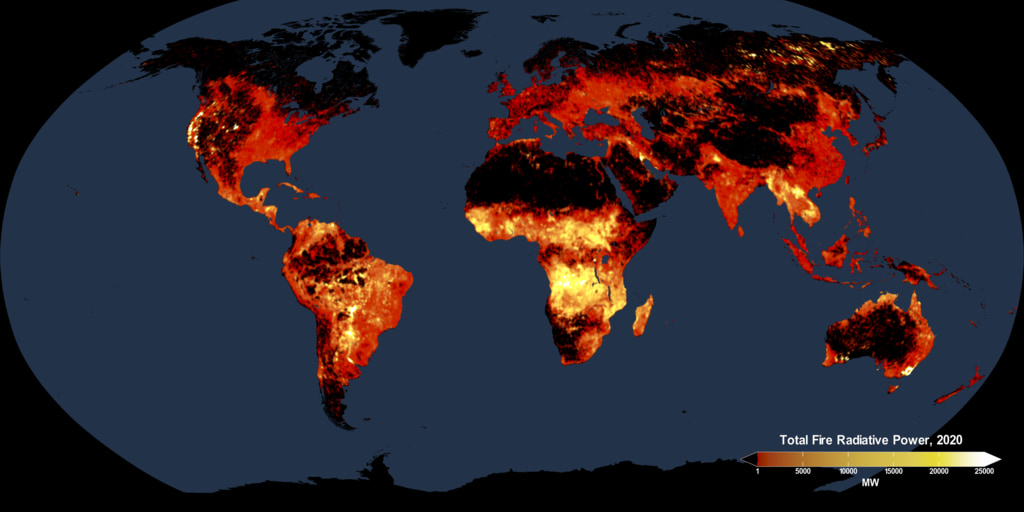 This visualization shows active fires as observed by the Visible Infrared Imaging Radiometer Suite, or VIIRS, during 2020. The VIIRS instrument flies on the Joint Polar Satellite System’s Suomi-NPP and NOAA-20 polar-orbiting satellites.

Instruments on polar orbiting satellites typically observe a wildfire at a given location a few times a day as they orbit the Earth from pole to pole. VIIRS detects hot spots at a resolution of 375 meters per pixel, which means it can detect smaller, lower temperature fires than other fire-observing satellites.

Its observations are about three times more detailed than those from the MODIS instrument, for example. VIIRS also provides nighttime fire detection capabilities through its Day-Night Band, which can measure low-intensity visible light emitted by small and fledgling fires.