A Brief History of Ethical Hacking 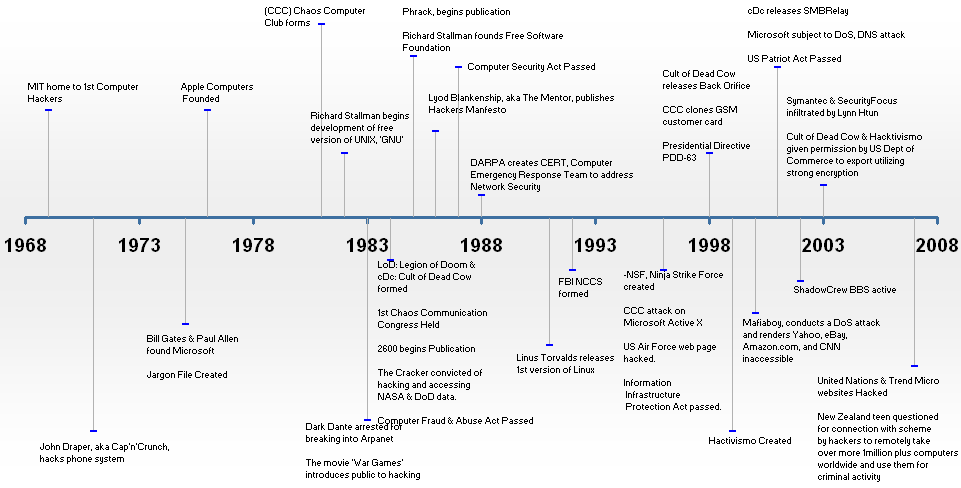 Hacking Did Not Start With Computers

In 1961 MIT Researchers hacked a toy train set to change its functionality. This was the start of hacking! It was only later that they started hacking their very expensive mainframe computers.

In the 1970s, there wasn’t an internet to hack and computers were used only by large businesses and government organizations. Hackers targeted telephone systems to get free phone calls because telephone service was extremely expensive.

In the 1980s computers became more common. The internet was primarily used for research and defense purposes but as it expanded, so did cybercrime. Governments began to take action and laws like the U.S Computer Fraud and Abuse Act. Laws prohibited unauthorized computer access and made hacking a serious crime.

In the 1990s internet usage became more common. As more people started to use the internet, criminal activity increased too. Hackers like Kevin Mitnick and Robert Morris were arrested for crimes including hacking into computer systems to steal proprietary code.

As the internet expanded further in the 2000s, major e-commerce, search engine, and social media platforms were attacked. Even the International Space Station was breached.

Eventually, organizations became concerned about protecting their systems from hacking. They started to hire Ethical Hackers to be the good guys fighting the bad actors.

Many legendary good guy hackers initially started as malicious actors and were sent to prison. When they came out of prison, they started to use their hacking skills to protect systems instead of hacking them. Their efforts made the cyber world a better place for everyone.